Doing Religion in the South

I must admit I'm not a very religious person. Since moving to AL, I'm constantly amazed at how religious this area is compared to other areas where I've lived. You see religion 'being done' in tv and radio shows, on billboards and bumper stickers, and even in interactions with strangers. I remember just after we moved here we were opening new bank accounts and the bank worker, who seemed to know everyone who came into the bank, stopped to introduce us to someone and she said: 'This is Shelia and Bo; they just moved to AL and they may not have found a church yet..." I was amazed at this at that time, but not so much anymore.

Well this morning on the way to work I saw religion being done on the back of a commercial truck, in a more productive way than I often see it. I wish I had had one of the cell phones with a camera. I would have loved to take a picture of it. Basically, the quote said: 'Don't take your organs to Heaven; Heaven knows we need them here.'

As someone who believes in the value of organ donation, I was glad to see this display. Maybe one way to appeal to the masses is to relate to something that they value highly or strongly.

I love reading about this stuff! I've been giving talks off of my "Divine Control" book and finding mixed reactions. Sometimes individuals seem to want to deny that levels of belief about God's personal involvement in everyday life could be so high in the US. This is despite clear evidence that suggests that a majority believe in an involved, engaged God who often controls events and outcomes in everyday life. I wonder why it is that some people want to deny this reality in the US (or downplay its relevance for social, political and other trends in the US).

By the way, your experience is similar to one of my friend's--she just moved to Mississippi from Toronto and found that God talk found its way into most parts of everyday life. And, there was an assumption that *everyone* attended Church on Sunday...

Scott, I like the term 'God talk'. I've not heard that term. Did you like my use of 'doing religion' (building off 'doing gender')?

We moved to the Ham when I was 12 and before that I attended Sunday school on a regular basis back in Norfolk. The first friend I made here struck up conversation with me by asking me what church I went to. When I replied I didn't have one yet she invited me to spend the night and go to church with her, which I did. They asked the guests to fill out a guest card. We were still living with my Grandparents at the time and about an hour after church ended, 2 people from the church showed up at their door to convert us all to that church (we now call "Six Flags Over Jesus". That and similar experiences have strayed me away from the church. I think I have finally found a church who's priority is actually about faith and community. It's been hard dealing with religion here where it's shoved down your throat.
I came home from the grocery one day to find a woman at my door leaving some religious literature. She explained she was from the church in the neighborhood and I politely gave her the literature back explaining it would be a waste on me and she should save it for another household with more interest. She asked me about my religion and I answered that I prefer not to talk about my beliefs with someone I don't know. She then proceeded to ask me if I had Jesus in my life, which I repeated I prefer not to talk about my religion with strangers and at this point I was livid. She left by saying she would pray for me.
How can people like that think they are using actions to really make me want to join their church or beliefs?
Thanks for the Tuesday morning vent.

As a Catholic growing up in the south, I found it very difficult to be in my own faith. My friends seemed to "know more than me" and they have never even stepped foot in a Catholic Church. I am very hesitant to get into discussions regarding religion--I will discuss my own beliefs but will not dare ever touch on what another should believe or what church they should attend. Because I was "told about my church" as I mentioned, I am VERY careful to never speak ill of or for any religion until I have at least VISITED that church and can make up my own opinion. It doesn't mean they are right or wrong, however, those in that religion will be very quick to judge me if I speak of theirs in any way--good or bad and will still comment on mine whether I asked for or not...Which leads me to this: I am VERY put off by those that can judge me because I don't know where something is found in the bible or I don't attend church frequently enough or don't participate in bible studies etc....I always thought it was considered unchristian to judge others....what's so wrong with believing in God and living the example of a good christian?? I finally figured out that no matter what you do in relgion in the south--someone will ALWAYS think you should be doing more praying or more attending or more mission work, etc...and it's none of their business. Amen.

I worked in an inner city Baltimore community with a public safety citizen's group in the mid-90's. I was surprised by the amount of "God talk" during the meeting and openly Christian evangelical atmosphere of what were public city meetings. A sociologist colleague of mine called this "the language of rectitude" and he thought it was a way that residents of this low income community distinguished themselves from others in the community who were involved in criminal behavior. I always liked this and thought it fit in both white and African American communities in Baltimore. What you describe for the South, though sounds more like a language of control. From some of the other comments it sounds like the use of this language is all about getting someone to act in a certain way, attend a certain church or alter their behavior in a way acceptable to the religious community.In that way, it's similar to fundamentalism anywhere and in any religious tradition, the Christian content is the least important part of it. 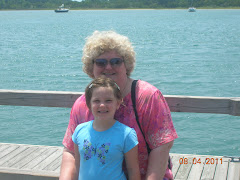